The Sorcery of  The Ninja 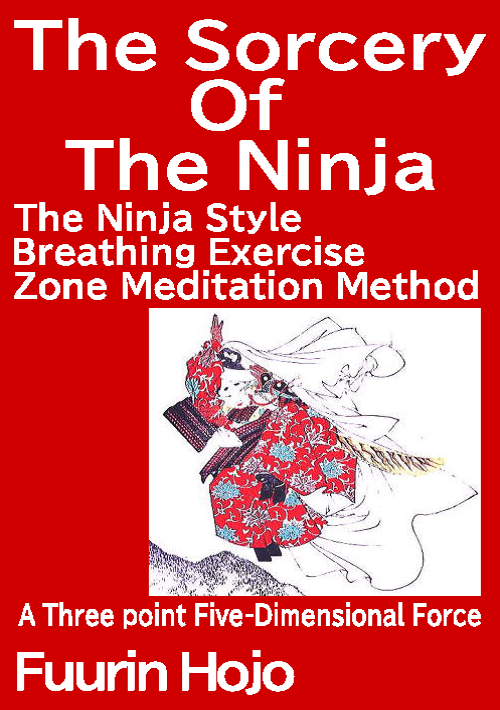 The Japanese invented a unique breathing techniques and meditation method 1,300 years ago. The first objective was spiritual practice to train my soul, however, they gradually began to understand, that this cultivation method is to train the body at the same time as the soul. It’s not a physical workout like strength training. They already knew that such a method would do them no good.

To train the body does not mean to train the muscles, but to remake them into the flesh that the soul can control. While working out their body at the same time as their souls, they found out that their souls could control their brains. This is a three point five-dimensional force that is expressed as “entering the zone.”

The paranormal ability of a three point five-dimensional force comes from activating the chakras, in order to do so, it is necessary to use the breathing technique of the area called “the Tanda”, which is located 1.18 inches (3 cm) below the navel, instead of the normal lung breathing. 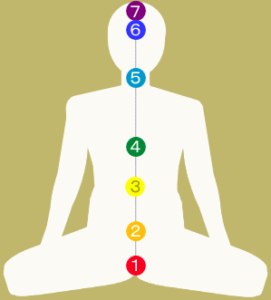 The Tanda refers to position (2) of chakra. This is position of the chakra called “svādhişţhăna-cakra” where the greatest power can come from.

The chakras are activated by the Tanda breathing exercise.

It’s pretty hard to master this breathing exercise. A minimum of three years of apprenticeship is required. What’s more, fasting is required. It must be recognized that there is a high risk of misleading people if you explain the Tanda breathing exercise with only knowledge without having experienced this kind of practice. The minimum requirement is to be able to produce the “Qi (spiritual energy)” that a third party can recognize, if you can’t do that, you will be recognized as a knowledge-type or copy-type amateur. 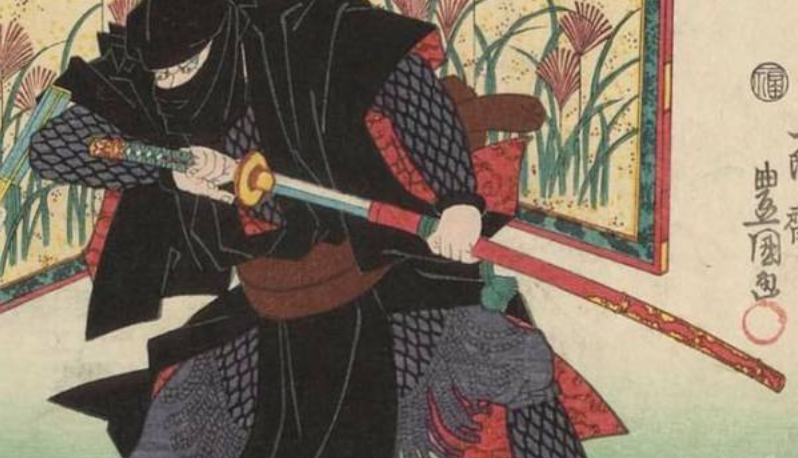 You want to be a ninja, you must be able to control your Qi at least. If you can get your Qi out, you may be able to get the ability to enter the zone, if you are able to get into the zone, you will also be able to use your 3.5 dimensional force, and you will be able to manipulate your brain more easily.

The operational stage of the brain.

The first step is the Tanda breathing technique. This controls the amygdala and reduces the stress hormone cortisol. It already proven by a national research institute in the India.

The second stage is the strengthening of the mental powers that accompany the activation of the chakras. The Kiai (shouting), which Japanese martial arts often use, is one of the forms of this practice. 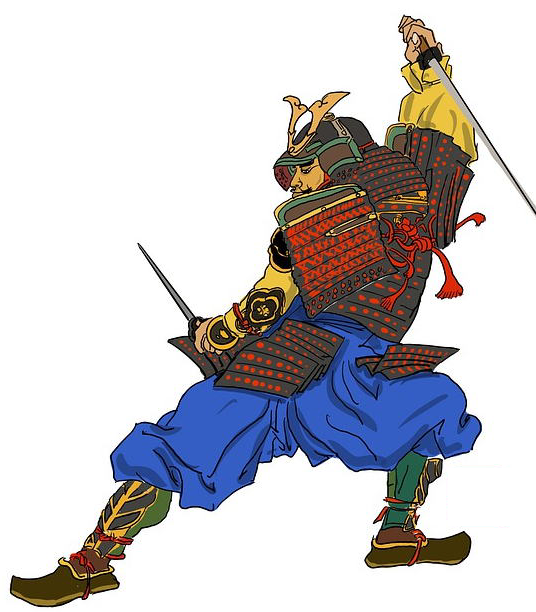 The third stage is the emergence of a three point five-dimensional force that accompany chakra activation. The breathing technique to activate the chakras is called “qigong” in Chinese and “breathing exercise” in Japanese. From this stage is where the Ninja’s secret sorcery comes into play.

Thinking is a category of brain function. An electrical signal that flows through circuits in the brain, in fact, you seem to think, and it’s already decided in the brain, regardless of you. You are merely acting according to the decisions of your brain, and yet, you have the illusion that you are thinking and acting on your own. 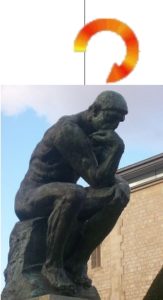 When you try to think deeply, you end up repeating the same thoughts over and over again and coming to the same conclusion. In the Japan, such a situation is referred to as “the idea of a fool is the same as resting.” Americans call it “they to whom only bad ideas come might as well be asleep,” or, “it’s hard to tell a poor thinker from a sleeping one.”

2）The notion (The Vague thoughts of the soul).

The notion are vague thoughts of the soul, primarily, it leaks out of the physical body as an electronic wave motion. Case in point, the person’s vibe. It is easy to appear in criminals, eroticism, and ghosts etc. 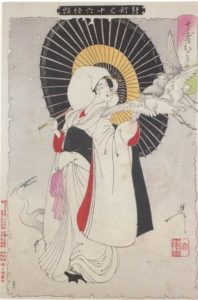 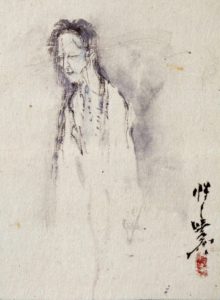 3）The determination (the will of soul). 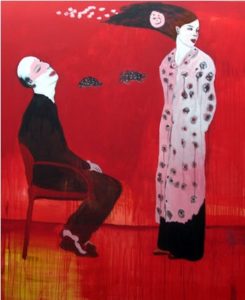 The strengthening of determination is regarded as the most important. It doesn’t make sense if it’s not a breathing technique for that. It was the Ninja who takes acquired these things. 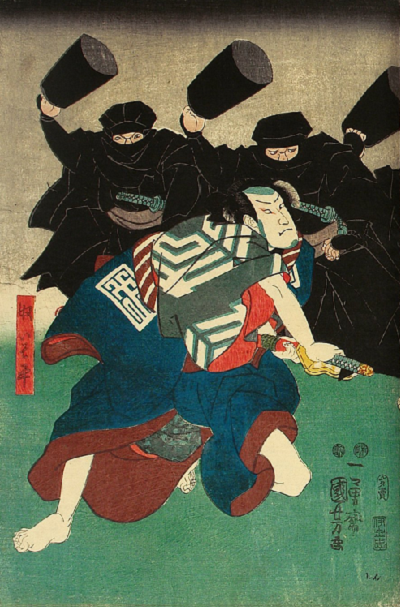 (1) If you takes acquired the Ninja breathing techniques, your breathing will not be disrupted even when you infiltrate the enemy lines or encounter the enemy, your breathing is not disturbed means you have control over your amygdala, so you can calm the mind.

(2) If you acquire ninja breathing techniques will stabilize your mind and make you have a lot of guts. It could be viewed as a weakening of the ability to manage a crisis because it controls the amygdala.

(3) If you become an advanced ninja breathing technique, you can make your sense of presence disappear, however, it doesn’t always come naturally.

It is necessary to use a special three point five-dimensional force. This is not an operation of brain function, but a control of the electronic wave motion belonging to the soul.

(4) If you become more advanced, you can also control the opponent’s brain by shooting or infecting the will (particles). Super communication skill, etc., belong to this. 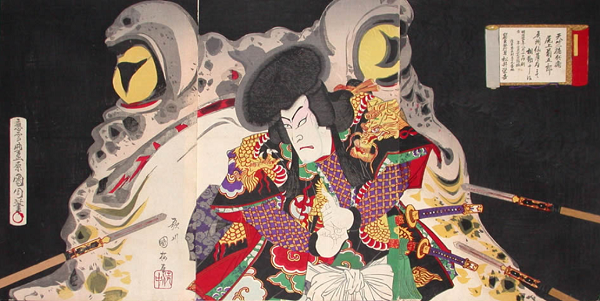 You’re into the zone and can use your three point five-dimensional force, you’ll be able to use your clairvoyance and insights. 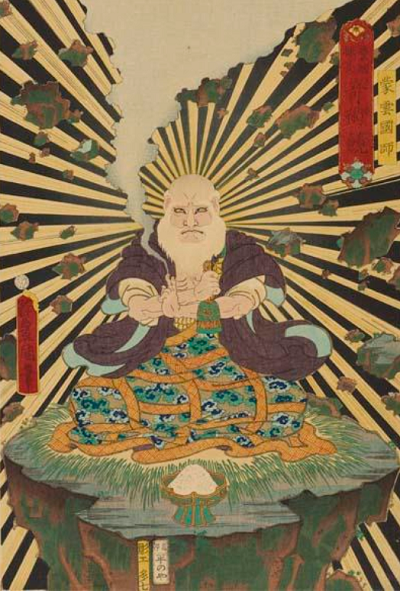 In order to use clairvoyance and insight, you need to make your mind transparent. This is quite difficult, hence, the need to perform hardship such as fasting. Through hardship, you need to build a mind that is unmoved by anything. 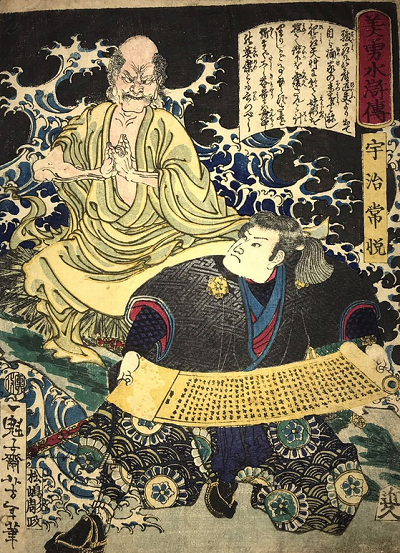 You want to be a ninja, you must be able to control your Qi (spiritual energy) at least. You can get your Qi out, you may be able to get the ability to enter the zone. You are able to get into the zone, you will also be able to use your three point five-dimensional force, and you will be able to manipulate your brain more easily. 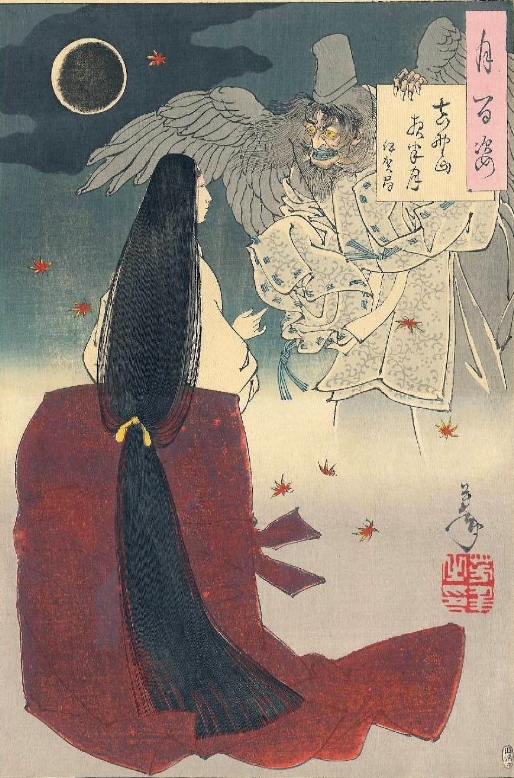 A painting by Tsukioka Yoshitoshi(月岡芳年).

Do what I tell you, and do it well.
I wish you all the best and success in the future.
Good-bye.